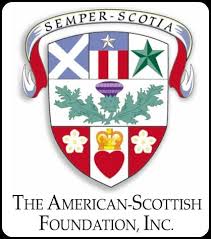 Co-sponsored by the American Scottish Foundation

Andrew Carnegie is the ultimate “rags to riches story” and the talk looks at the history of the United States and Andrew Carnegie—and his Legacy.

Carnegie’s contributions to industry and in particular his impact of the steel industry are examined, for it is steel which changed the way we build. We also look at Carnegie’s philanthropy, through which buildings were built and thousands of libraries created around the world. New York became Carnegie’s home, and he left us many buildings which to this day are dynamic city treasures.

What made Carnegie? This we attempt to discover in “The Life & Impact of Andrew Carnegie on the Building & Shaping of New York.”

A leading project for the American Scottish Foundation (ASF) at this time is The Scots Who Built New York, a series of talks chronicling the impact of Scots and Scottish Americans on the development of New York. With research undertaken by architect and architectural historian John Kinnear, ASF developed a photographic series of talks exploring the huge contribution of Scottish-Americans to the building of New York.

John Kinnear, Principal of John Kinnear Architects and President of the American Friends of the Georgian Group, has an architectural practice based in Manhattan, which undertakes projects throughout the United States.

Registration includes the live program and access to the recorded version from May 22 to June 18, 2020.